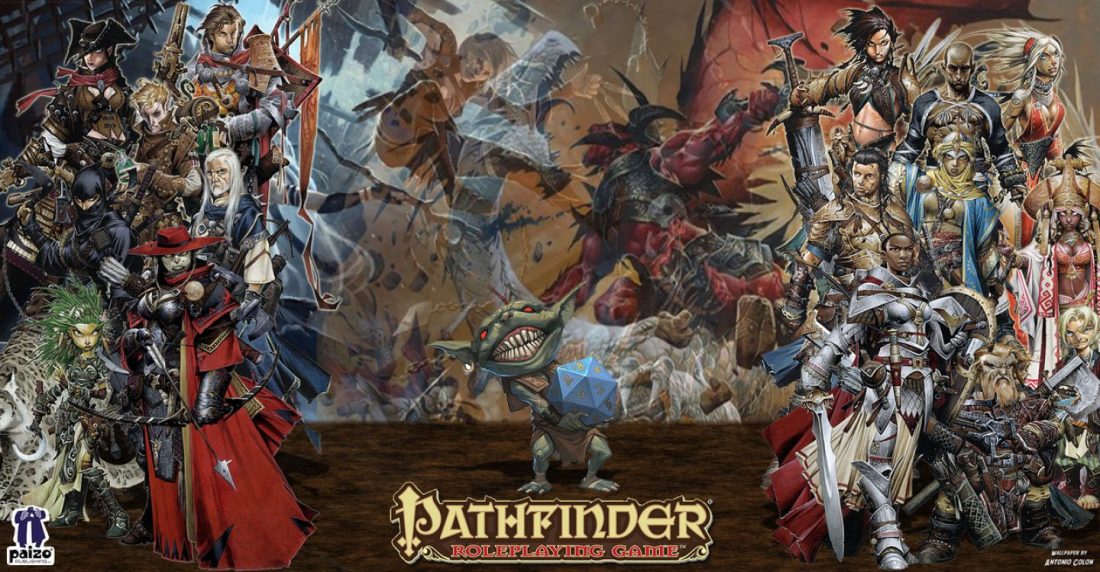 We conducted our first December Smackdown in a long time on Saturday and had a table in each time slot. Two new Pathfinders were welcomed to the Lodge. Two new players began their sojourn to their Fifth GM Star by running their very first PFS Sessions as GMs. Both are long time players and we hope to see them and our other GMs rotate running scenarios for a long time to come.

Our next Smackdown is January 12th. I have no sessions or GM slots filled yet, but will do so before long. I do have some news about the current Season 10 of Pathfinder Society. First of all, I’ve ran two of the Tier 1-5 scenarios and both have been outstanding. I also know quite a few players and GMs who have been playing and running Season 10 scenarios and the feedback is pretty solid. The quality of these scenarios is quite high.

With that in mind, there are some scenario arcs that have come out already which I am hoping to run over the next seven months before Pathfinder 2.0 comes out in August. I think they will appeal quite well to the player base, but they are Tiers 3-7, 5-9, and 7-11. So with that in mind, we need to get players up to level 3 and then level 5 so they can enjoy these scenarios as well as have enough players to have tables fill up.

The scenarios for the Tier 3-7 are 10-05 Mysteries Under Moonlight, Part 1: Testament of Souls and 10-07 Mysteries Under Moonlight, Part II: The Howling Dance. The second story arc deals with the ever mysterious Hao Jin Tapestry which was also the setting for the Season 10 Special at Gen Con this year. These scenarios are 10-11: The Hao Jin Hierophant, 10-13: Fragments of Antiquity, and 10-15: Tapestry’s Trial.

What I would like to do is build a metaplaot of currently existing PFS scenarios that deal with the Hao Jin tapestry and run them so that players can build up their characters so they can eventually be 7th level and experience these latest scenarios. With so many of our players in the lower levels currently this will serve as providing a way for them to gain the experience necessary to play the higher tier scenarios in the Hao Jin story.

More on this later as well as a post on using PFS Session Tracker shortly.

Teaching history and rolling the d20 fill my time here in Northeast Missouri. That's a good thing since there is really nothing else going on here in this remote outpost of civilization. I've been rolling the d20 since 1979 and am now helping to grow a larger roleplaying community here in the area as a Venture-Captain for the Pathfinder Society. View all posts by Xathos